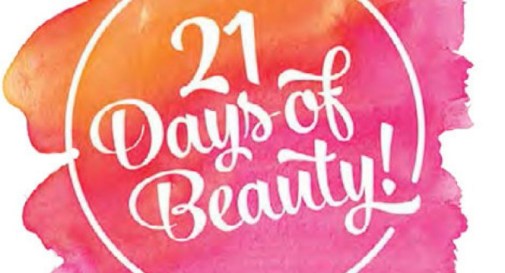 Hey there, Beauties!! It’s that time of year again for one of the best beauty sales out there. The Ulta 21 Days of Beauty event happens twice a year, once in the spring and again in the fall, and I’m always super excited to see what brands and products they’ll have discounted during the event. Well, although Ulta hasn’t sent out the mailer for it yet, the list is out and I’m here to share it with you today, as well as some other details about the event. So, if you’re as excited as I am for Ulta’s 21 Days of Beauty and want to get your shopping list ready, just keep on reading.

Now, if you’ve been reading my blog for a while, you know that I pretty much consider Ulta my second home. I love it in there. I can pretty much get all of my drugstore and high end makeup there in one stop, and the rewards program is awesome af. Well, another thing Ulta does that I love is their 21 Days of Beauty event. The Spring event starts March 18th and ends April 7th. If you’re unfamiliar with how the even works, let me fill you in. Every day during the 21 Days of Beauty event, there will be different products that you’ll be able to purchase at discounted prices both in store and online. The event is a great way to get some of the high end items you’ve had on your wishlist for up to 50% off. The only thing is, you literally have one day to get the great pricing. So, if you’re looking for something that is Tuesday’s deal, for example, you have to pick it up Tuesday because you can’t get it at the sale price come Wednesday. That’s my only gripe with the event.

Now that we’ve ironed out the details, let’s get into what products you’ll be able to get during the Ulta 21 Days of Beauty!

It Cosmetics Confidence in a Compact $19- originally $38 (full review)

Alrighty then, y’all. Those are all of the items that will be on sale during the Spring 21 Days of Beauty. Let me know in the comments below what products you’re interested in picking up.

Until next time, Beauties!! xoxo

One thought on “Beauty Deals: Ulta 21 Days of Beauty Event”