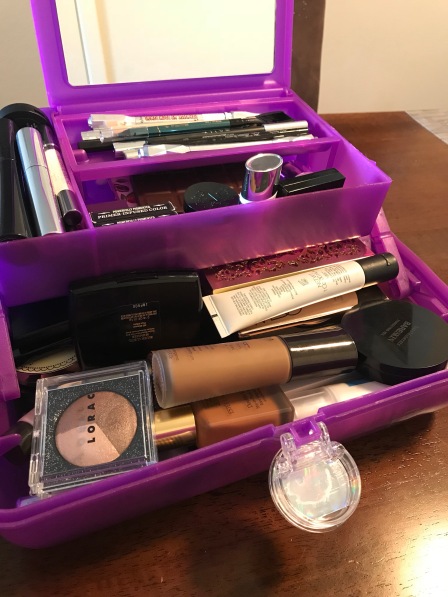 Happy Saturday, Beauties!! I hope you guys had a great Turkey Day. I wanted to show you guys what’s in my Monthly Makeup Situation, aka my Caboodles.

Ever since I got my Caboodles organizer, I haven’t stopped using it. Since I do my makeup at my dining room table, I need to have everything I need close by but doesn’t take up much space. The palettes I’m using don’t fit, so I sit them off to the side. Anyway, enough rambling. Let’s get into it. 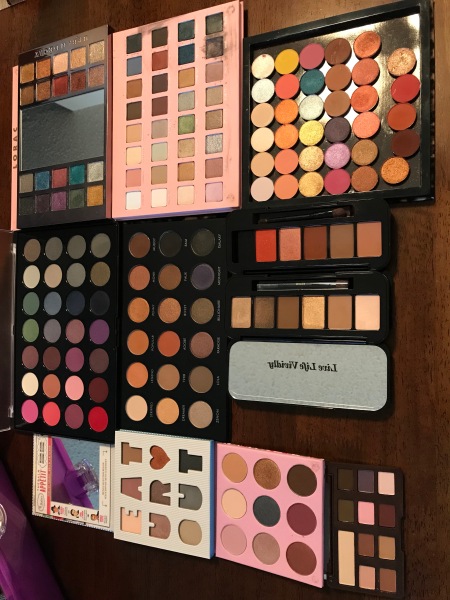 These are the palettes I pulled from my collection to use for the next month or so. I’m sure this will change, because it usually does. I plan to start testing my Urban Decay Heavy Metals palette this week. I’ve used it once so far, but need to play with it more before I can recommend it or not. I also pulled my bh Cosmetics Smoky Eyes palette to test, since I haven’t given it much love. Of course you guys recognize my Colourpop pressed eye shadows in my magnetic palette. I’m also trying The Balm’s Balm Appetit palette for the first time. I got it at Burlington for $16.99 instead of the original price of $39.

The Winky Lux and Too Faced Matte Chocolate Chip palettes, Lorac MegaPro 4, Pur Etienne x Pur Pro, and the two Buxom palettes aren’t new to my collection or anything, but I want to do some looks with them and revisit them. 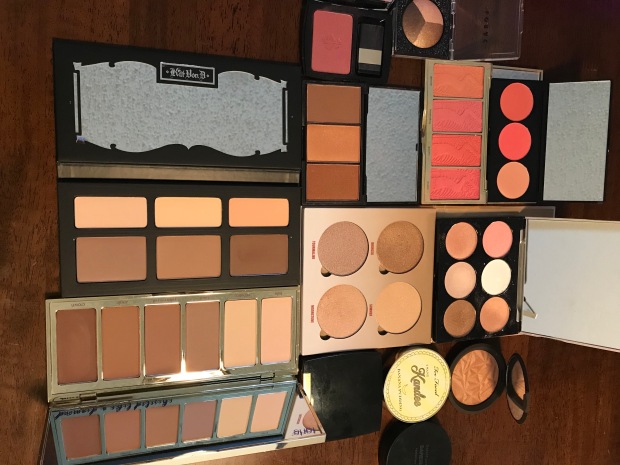 For face palettes and the like, I’ll be revisiting products I’ve used with the exception of two or three things. The I Want Kandee Banana Pudding powder, Bare Minerals Perfecting Veil, Tarte Blush Bliss blush palette, and Lancome Dual Finish face powder are all staples right now. When I’m testing new stuff, I like to have some tried and true products on deck as well so that I can save the look if I have to.

The Kat Von D Shade and Light palette, as well as the Tarte Park Ave Chisel palette are both items I’ve had for a while but haven’t used yet. I’m not the best contourer(?) out there. Plus, I’m always concerned that the shade isn’t gonna match my skintone. But, I want to at least try them out now that my summer bronze is starting to fade.

I”m trying to revisit the ABH Sun Dipped Glow Kit. I wasn’t that into it the first time I tried it, but I want to give it a second chance before I declutter it. I also want to revisit the CoverFX Perfect Highlighter palette from CoverFX. I liked it, but forgot about it for a while for whatever reason. The Becca highlighter is in Bronzed Amber. I think I’ve only swatched it, but have had it in my highlighter drawer for a hot minute now. 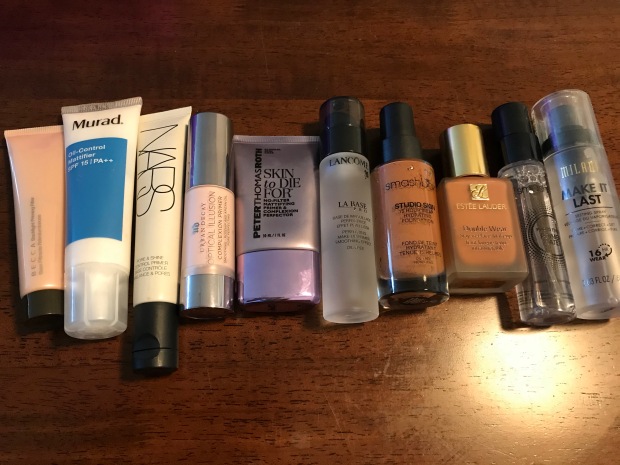 For base products, I’m planning to use my Smashbox Studio Skin foundation that I haven’t worn in a long time. The last time I used it, my skin was more oily, so I’m interested to see how it will wear now that my skin is a little bot more dry. For new foundation, I’m going to finally try the Estee Lauder Double Wear foundation. I’ve had this for months now, but have yet to try it.

For primers, I’m going to keep testing the Peter Thomas Roth Skin to Die For primer and the Lancome La Base primer. I always keep the Murad Oil-Control Mattifier in my makeup situation. On mornings when I’ feeling extra oily, or I’m going to be using a more hydrating foundation, I make sure to use this underneath to keep everything under control. I’ve been testing the Nars primer for about a month now, and I still don’t know how I feel about it.

The Milani Make It Last setting spray is something I’ve used before and really enjoyed. I’m not big on setting spray, but I definitely like this one. I’m also going to start testing the Smashbox Primer Water. Since I’ve heard that the Double Wear foundation is extra matte, I’m thinking that the primer water will help with that. 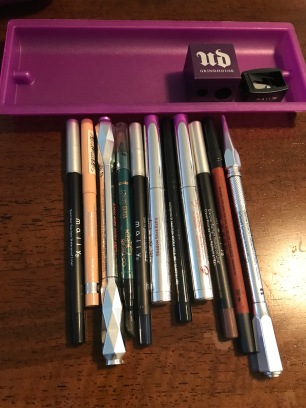 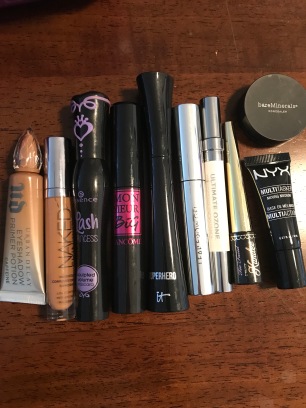 The rest is the boring stuff, eye liners and brow products. For liners and brows, I didn’t take anything out. My usual Benefit brow pencils are in there, as well as my Rimmel Exaggerate liner in nude. I have a couple of the Mally shadow sticks in there, as well as their eye liner pencils that I’ve been testing. I always throw in a couple of colored liner pencils, but never use them.

For concealer, I’m using my Naked Skin concealer and Bare Minerals concealer, as per usual. I’m extra picky about concealer, so I rarely try out new ones when I find ones I like. I have my Urban Decay Primer Potion eyeshadow primer that I never use lol and my NYX Multitasker Mixing Medium. For mascara, I’m continuing to test the IT Cosmetics Superhero and brought back in my Lancome Monsieur Big and Essence Lash Princess.

That’s pretty much everything I plan to use this month. Let me know what you want to see reviews on. I also have a bunch of lippies pulled, but there were too many to include in the post. We woulda been here all day lmao. Let me know if you want to see those, and I’ll throw it up for you.

Until next time, Beauties!! xoxo